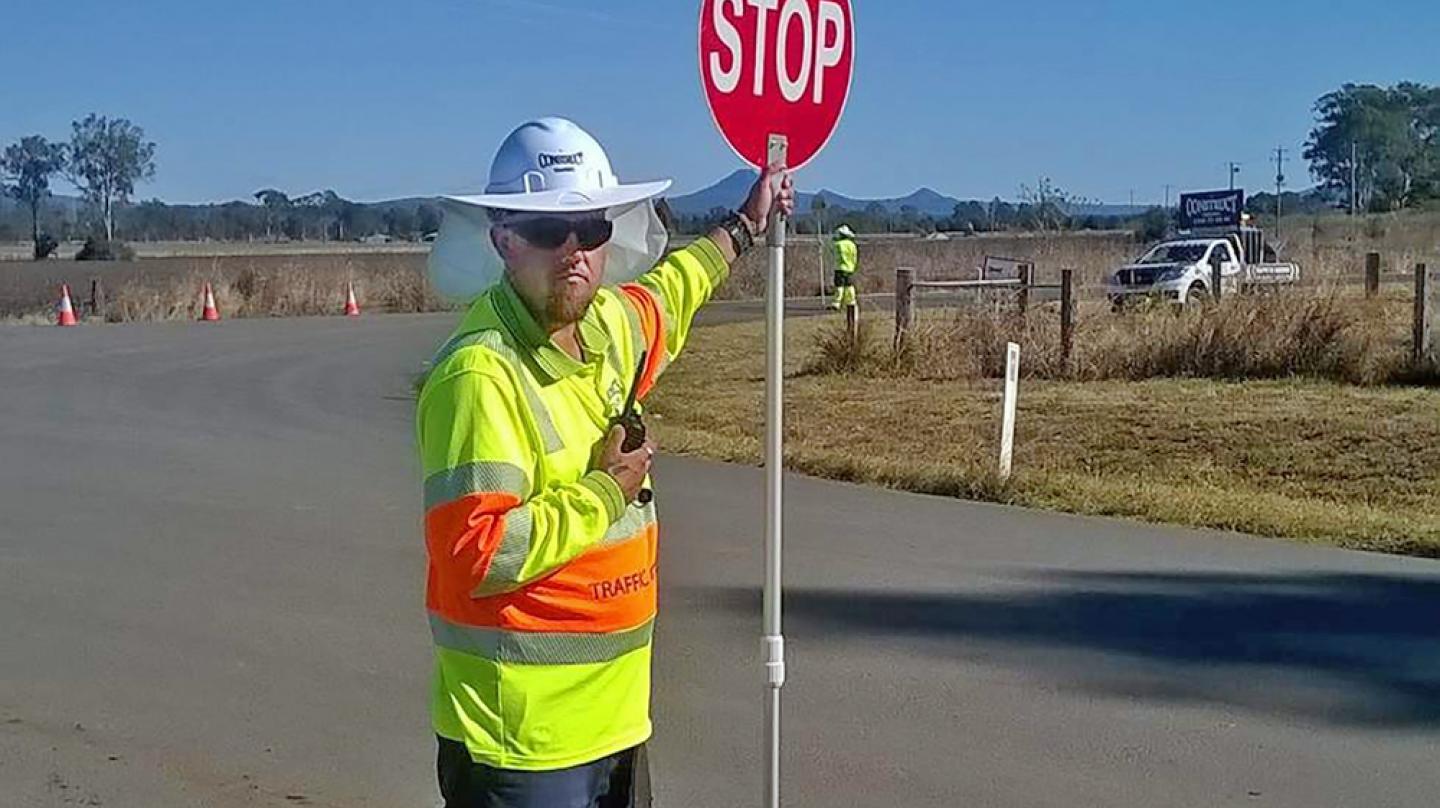 A job in traffic control set Mylestones client Beau down the right path.

"You have no capacity for employment."

These are the words no hopeful employee wants to hear, but for Mylestones client Beau, the harsh words once written by his doctor had become a reality.

"I have been in the mental health system since I was 16 after being diagnosed with chronic paranoid schizophrenia," Beau said.

"At one stage, my mental illness was so severe that doctors believed my work capacity would be nil."

Not content with the diagnosis, Beau set out to change his life, and after he rediscovered his faith in Christianity which he credits with helping to turn his life around, he set his sights on gaining employment.

"My faith in Christianity helped me to turn everything around, and after I was doing OK in myself, I started looking for work," Beau said.

"Initially, I went to another employment agency, but I found they didn’t understand me.

"While they had a mental health integrated system, I didn’t find they helped very much and kept putting me with contractors who treated me poorly."

Not deterred by the roadblock, Beau sought out the help of Mylestones, a decision he wishes he made sooner.

"I left that agency and joined Mylestones and have never looked back," he said.

"They were completely understanding, and finally they found me a job with traffic control and I have been there for more than two years now."

Beau said Mylestones and his Job Development Officer (JDO) helped him through every step of his journey.

"Mylestones put me through the traffic control course and paid for my boots and start-up pack including my uniform, stop bat and radio," he said.

"Once I finished my 20 hours on the job training with a traffic control company, they offered me a job. The company is great as they’re very understanding of my mental health and work around me."

Beau said he doesn’t know where he would be in life without the help of Mylestones.

"Mylestones is the best employment agency I have come across when it comes to dealing with clients with mental health diagnoses," he said.

"My advice for anyone looking for work is to just go for it. Find your local Mylestones and reach out. They don’t judge you and really care."

"I have been in my role for more than two years, and Mylestones is still in close communication, supporting and helping me."