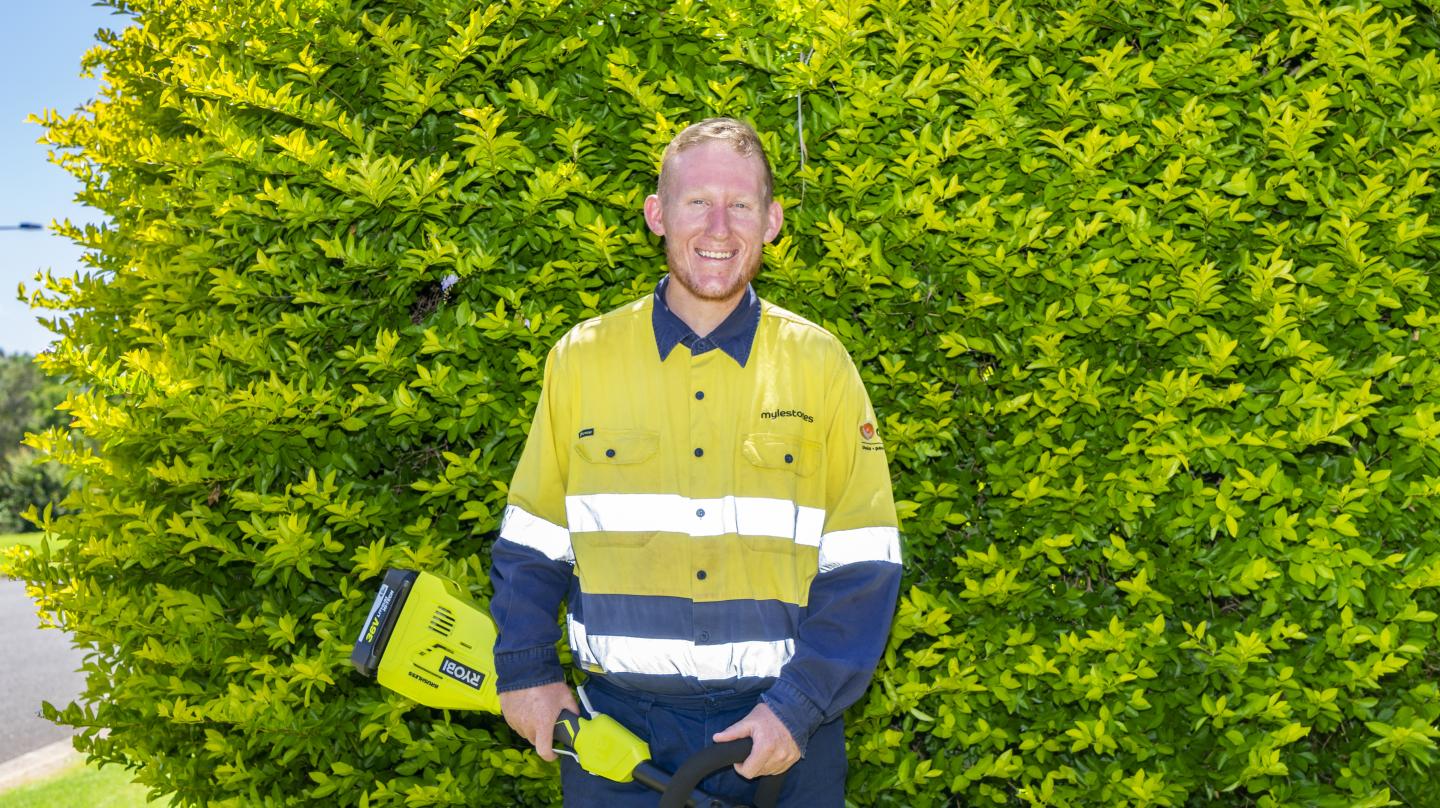 Scott has been working with Toowoomba's Garden Crew since 2017, and in that time not only has he made a huge contribution to the workforce, but he tells us how much his life has improved as a result of being employed.

When Scott finished school, he thought he had no work skills and would struggle to find a job to suit him. He hadn't even really tried to find employment because he and his family believed that they would not be able to find a job which would allow Scott to be in a suitably supportive environment. But then his father heard about the Mylestones Garden Crew and Scott found his perfect fit.

Since finding a job, Scott has been able to move out of the family home. He now lives with a mate in an SDA home, paying the rent with the money he makes from working.

The knock-on effect too, for the skills that Scott has learned is vast. Since moving out of home he has gained so much independence. He does so much for himself, such as going to the shops and learning how to make lunches. Scott has also learned how to budget and save money, to help him save to go to England.

Scott and his father both agree: "​Businesses won't know the rewards or benefits until they employ someone with disability. They bring a new perspective and joy to the workplace. Just give it a go, you won’t know until you try it and it’s worth a try. People would be amazed at what people are actually capable of."

Disability action week for 2022 is focused on helping more people like Scott find their ideal employment, and to create more jobs which are inclusive for people living with disabilities.

Check out more about our work crews here.